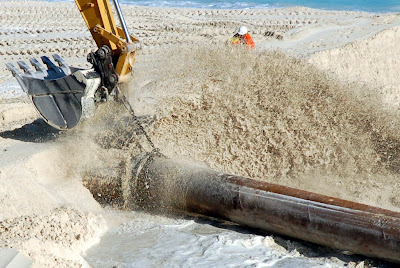 We went to Cancun for a family wedding on New Year’s Eve. We stayed at the Fiesta Americana Condesa resort which was pretty nice but not without faults. One problem is our trip happened exactly when the resort’s beach was being reconstructed!

The government is marching down the long strip of hotels in Cancun rebuilding the beach. They move pretty fast, over the 5 days we were there they passed completely over the resort, from one side to the other. The hotel’s beach access was closed the whole time. This newly rebuilt area was not open when we left but probably will be shortly. Further up the beach it was open, so we visited the beach there. The new beach is nice although there is a 6 foot drop off near the water line, they must expect it to blend in over time.

The process was kind of interesting to watch. They are using a single pipe which makes landfall in the distance, then they extend the pipe for each new section. The whole reconstruction is just sand, they don’t add any concrete or other supports, they are just creating a big pile of sand. I wonder how long it will last?

Here is our first day and they’ve sculpted a new section to be filled with sand: 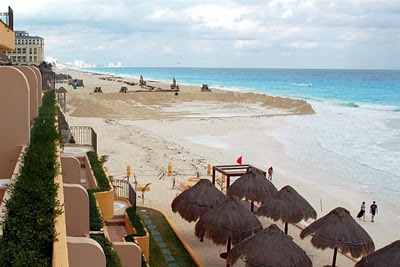 The sand they pump is very watery but the water just runs off. Bulldozers and backhoes push and dig up the sand as it comes in. Here they’ve just starting pumping: 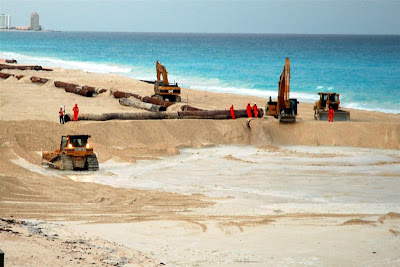 Here is a closer section, ready to be filled in: 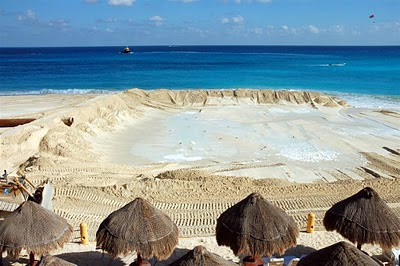 This is very far into the process of filling in a section, towards the end. In the back is the ship which is actually doing the pumping. I’m not sure where the sand is coming from, but I think its pretty far away. 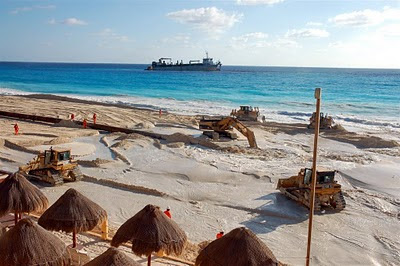 The backhoe digs deep into the water to scoop out the sand: 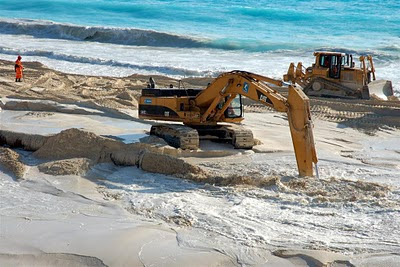 The most interesting part is extending the pipe. Here a guy is bring in a new section of pipe: 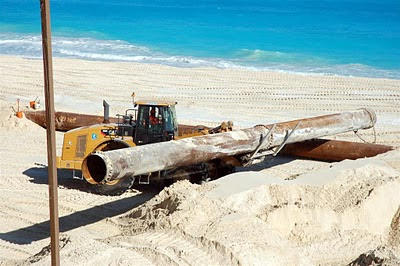 The surprising thing is they add a new section while pumping sand. So the backhoe holds the end of the pipe with a chain, and just kind of pulls it against the current end where the sand is coming out: 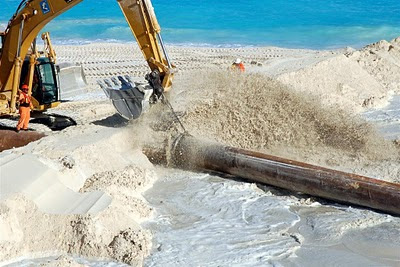 He does this several times and keeps dropping it. Each time more sand gets added at the end of the new pipe. Here the backhoe is holding it and the bulldozer is moving the end around: 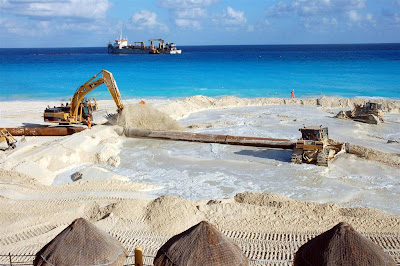 Eventually using the new sand they secure the new pipe section. The backhoe is still holding the new pipe though. They must run in and bolt it in place, but I never saw that part. 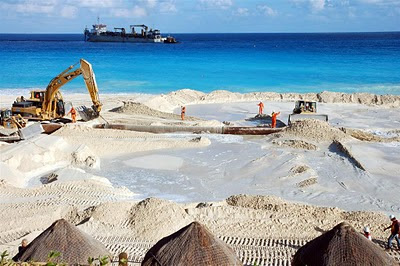 Finally I saw them tearing up the pipes. I thought they were going to open the new beach but they turned around and rebuilt the pipeline pretty much as before. They must have been adjusting the direction of the line or creating more secure connections. 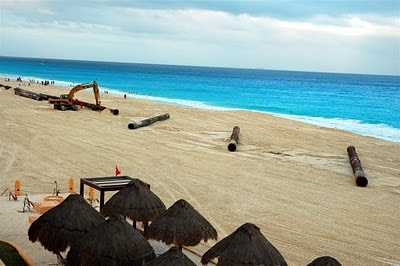 Finally here is one of the workers. These guys were out there day and night in hot weather working pretty hard. 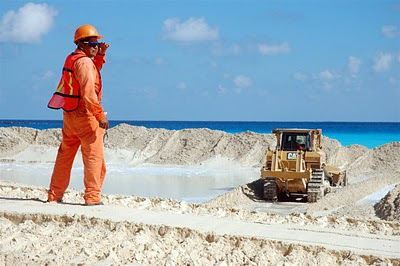