Why You Should Vote

If you vote in the midterm election on November 2nd it is virtually certain that your vote will not change the outcome. Researchers studied 16,000 Congressional elections over a 100 year period and determined that only once was the winner decided by a single vote, which is 0.006% of the time.

Whether you vote or not the same politician will be smiling at you from the morning paper. So in that sense your vote does not matter. And yet, the winner of the election will in fact be determined by voters. Is this a paradox? Does your vote matter or not? 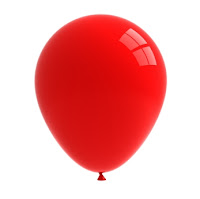 Elections are an example of emergence, where the behavior of individual entities sum up to produce a result at a larger scale. A physical example of emergence happens when you blow up a balloon. Trillions upon trillions of air molecules bounce around inside the balloon. Each has a seemingly random speed and direction and will indiscriminately smash into other molecules and into the inside surface of the balloon. However the sum of all this chaotic behavior is pressure, a macroscopic phenomenon which smoothly expands the balloon’s surface.

In an election we are like the air molecules. The statistics of our combined behavior determine the outcome, but our own direct contribution has no traceable impact. This type of emergence appears elsewhere in our daily activities. Very often our individual choices don’t have a measurable impact, and yet out our combined contributions do make a big difference.

Suppose you are in a hurry one day and buy a McDonald’s drive-thru meal. As you finish up the last french fry do you immediately chuck the packaging out the car window? Judging by the scene along many highways, some segment of the population does exactly this. I don’t know who these people are, but they are out there. 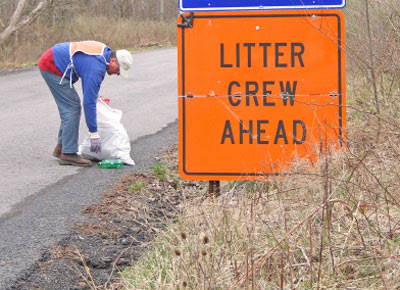 I myself prefer to “pitch in” and throw my trash away like a civilized person. But why make the extra effort? How much damage would one little hamburger wrapper really do? Given the amount of trash already out there, one extra wrapper makes no measurable difference. And yet the sum of all these little decisions adds up to something significant, since there is a very visible amount of trash.

This decision about whether or not to litter is an ongoing election of sorts, a referendum on how grungy we want the country to be. The midterm election, like most elections, is seemingly about the candidates, Fiengold vs. Johnson or Boxer vs. Fiorina. But first and foremost an election is a referendum about Democracy, the issue at stake is whether we want the system as a whole to continue functioning. And our stance on this issue is derived from whether or not we choose to vote.

Mid-term elections have been averaging around 37% voter turnout. The winner will take the spotlight, but voter turnout is fundamentally the most important metric for any election. If the voter turnout is small relative to the whole population, the election’s outcome will drift arbitrarily far away from what the people actually want. With a small enough turnout any fringe group could rally a few voters and install a candidate that essentially no one wanted. With too few voters the whole system becomes unstable and subject to manipulation and corruption.

Absolute numbers are really important to emergent processes, you need enough participants to assure stable and meaningful results. The fact that your vote essentially never picks the winner seems like a drawback at first, but it is absolutely crucial to the whole process. No individual and no small group should be able to manipulate the results. Your vote won’t decide the winner, but by casting a vote, for anyone, you will directly contribute to making the election a viable and legitimate process by increasing turnout.

So please vote, and pretty please don’t toss that bag out the window.