One morning my 3½ year old son was still rubbing the sleep out of his eyes when he asked to play a game. He meant a board game, probably something we had been playing the night before like Chutes and Ladders.

I tried to steer him back to the normal morning routine, “Okay how about we play breakfast?”. Instead of objecting he adopted a “hey wait a minute” look and asked quizzically “What is a game?” I dodged the question and threw some waffles into the toaster.

Wikipedia says a game is a “structured activity” undertaken for enjoyment or sometimes education. Rules of Play is great book about games, it takes a chapter to come up with “a system in which players engage in an artificial conflict, defined by rules, that results in a quantifiable outcome”. 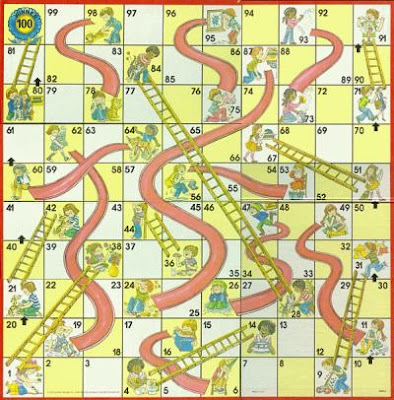 I first started really thinking about games in 2003 when I joined Harmonix. I was not really a gamer nor had I ever worked for a game company, so it was entirely new territory for me. I worked on two games for them, Antigrav and Guitar Hero. I grew curious about what made game development different from “normal” software development.

When a video game company creates a new game they are really doing two things simultaneously. Firstly they are inventing a structured activity, inventing an experience they want the player to have. Secondly they are creating an artifact in the world, a piece of software, which will produce that experience, or as close to it as they can get.

For example consider Tetris, it was created by Alexey Pajitnov and released in the Soviet Union in 1984. Since then it has been re-implemented hundreds of times. Legal issues notwithstanding a teenage programmer can write a solid version of Tetris in weekend. The experience of Tetris was invented once, but the artifacts in the world that produce that experience continue to multiply. If a Tetris clone is faithful enough to the original it will produce essentially the same experience in the player as the 1984 version, even though it was implemented some other way in some other time by some other person. 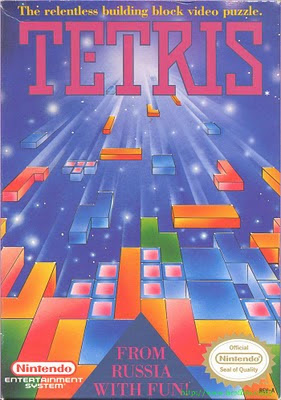 In the future software development might advance enough that a teenager could create their own versions of current blockbuster games like Call of Duty or Rock Band. Future players of these clones will have an experience nearly identical to today’s players, despite the radically different origin of the artifact.

This bifurcation between experience and implementation roughly corresponds to the division between design and engineering. Designers specify how something should work, what the player should experience, and engineers or programmers code up something which produces the desired effect.

Design comes from the word designate which means to indicate how something should be. Before you can designate you have to make a decision, so the design of a product roughly corresponds to all the decisions that were made during development. If you really like the design of the iPad that means you really like the decisions that were made during its development.

Non-game software generally cares about user experience as well. Recall Windows XP stood for Windows eXPerience! The difference with games is the user’s experience is everything, it’s the end goal. With regular software the end goal is to bring about some change in the world, to create, transform or communicate. The experience is merely one attribute of the software.

It is no small irony that some gameplay highly resembles “productivity” or “communication” software. A World of Warcarft player juggling windows, typing in multiple instant messengers, and defining and using shortcut keys is not completely different from a stockbroker on the job. If you watch what someone is physically doing while playing a game there is nothing obviously fun about it, the experience is entirely in their head. This maps on to the real world as well. 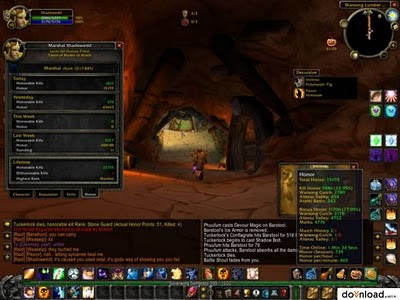 Consider two people picking up litter on the side of the road. One is doing community service and is entirely unhappy about the task. Another is a Cub Scout volunteer who is playing a game with his pack mates: 10 points for every soda can, 100 points for an item of clothing, etc. Each person is physically going through identical motions: reach out and stab some trash, place it in the bag. In their heads however they are having completely different experiences.

Since our Cub Scout is really picking up trash, does this violate the idea that games should only be about experience? Here we have layered two activities on top of each other, so both are going on simultaneously. The Cub Scout is really picking up trash, bringing about a change in the world, but he is simultaneously playing a game. Because games are entirely about experience, the experience can not only be reimplemented in another form, it can be mapped on to another activity.

40 years ago there was no video game industry while today it earns tens of billions of dollars. Recent Game Developers Conferences have had more than 17,000 attendees, which is only a fraction of all game developers out there. Thousands of games are produced every year. We have a critical mass of talent and interest in crafting entertaining user experiences, how can we apply this resource?

Imagine a future Cub Scout with a heads-up display playing “TrashPickr 2025”. At a glance he can see his score, his friend’s scores, and the scores of the pack across town. Some trash items are recognized by the game as powerups, which change the scoring or unlock items he can collect and trade. It’s not the most exciting game in the world, he’d rather be home playing DeathBlow 2030, but it makes a few hours on a Saturday a lot more fun. It motivates him and the exercise he’s getting is real, trash is really getting picked up.

In the future we will spend more and more time in software mediated environments. The physical actions we will be performing: scanning displays and touching screens, clicking, entering text, will be nearly identical whether we are working or playing a game. With luck the line between these will be ever more blurry.