Is it Groundhog Day Again?

For example, if you take a big wad of cash and knock on a little old lady’s door every day at the same time, she very well might shove her adorable piano student out the front door in order to give you your “first” piano lesson. Now, granted, she might not. She might not need the money, or more likely she’s scared and confused by your behavior. You could volunteer to wait until after the little kid’s lesson was over, if you were trying to be less confrontational. 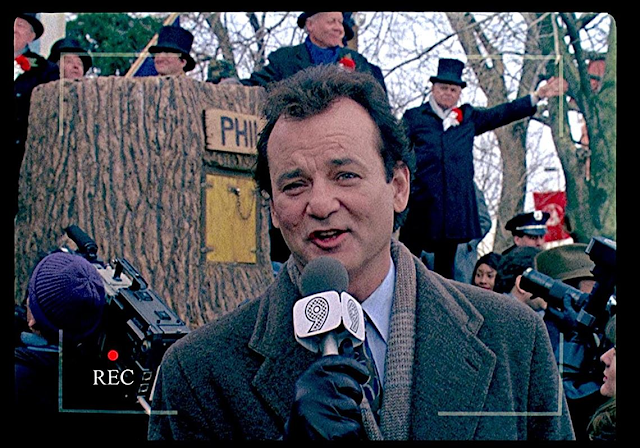 Now how much money should you give her? How about $1000? That seems like more than enough, and you don’t really care about the exact amount, so just give it to her, right? Granted it would add up to $365,000 per year, but consider the benefits of learning to be a master at a popular instrument like that? Did you see how happy Bill Murray was at the end of the movie? Playing the piano in front of a crowd? A lot of people would in fact pay $365,000 to be that happy. Although wait, how many years did Bill Murray actually practice? It might have been multiple years, right?

Also offering that much money would be disruptive and socially inappropriate. In fact I’m not sure an any old lady, even one desperate for money, would really be comfortable accepting that. She would feel uncomfortable and nervous, and would probably suspect foul play. Most people do not get offered that much money for something that takes less than an hour. To avoid the awkwardness, why not pay her $100 instead? That’s a lot less, but still plenty in most cities.

What if she still says no, even to $100. There is one devious way to avoid this, to virtually guarantee you’ll get that lesson. You could call or email her ahead of time and schedule the lesson. This has the advantage that you are not asking her to throw out her student, the poor kid in the movie who gets shoved out the door. Also if she’s all booked up, you can just try another teacher.

You probably should do only have lessons five days a week, not seven. That should be enough, you don’t want to wear her out. In fact she might not have five slots open, so you could end up with several different teachers to cover the five days. This might actually be better because then you have several different streams of practice material to rotate though, but we’ll not worry about that for now.

So call her and offer her $100 per lesson, and arrange a fixed time every day, 5 days a week. This would still cost $26,000 per year. How many years worth of lessons do you need? Some have said 10,000 hours will make you an expert in a lot of things. So let’s call it 10,000 hours. If you are doing 260 hours per year, it would take 38 years to become expert and cost almost exactly $1,000,000. That’s a long time and a lot of money, and it’s unlikely she will live that long. Yes you can switch teachers, but it would be nicer if at least some of your teachers live to see your big performance. So can we do better? How about this, you practice on your own in addition to the lessons?

You don’t really even want a teacher sitting there watching you every minute, that would be very tedious for the both of you. You need some time alone. If you practice 4 hours a day, five days a week, outside your formal lesson, then your cost would go down to 20% of the original amount. Because for every hour of lesson you are doing 4 hours of practice. This sounds fairly grueling, but not ridiculous. So now we’re talking 7 years and $200,000 to become the happy Bill Murray at the end of the movie. That’s fairly realistic, so it’s actually all true.

You can play the same game with other situations in the movie. For example it’s true that you shouldn’t drive on the railroad tracks, that you might get hit by a train. Another scene is the well-timed bank robbery. That could totally happen. Those armored cars do probably swing by the same locations. And you could show up and watch them, every time, for a few years, until you had a very good sense of their routine. Then just swoop in like he did. Of course you might get caught, or shot, or worse, so a robbery is not without risk, but the potential payoff is substantial.

An easy one is the movie outing, where Bill Murray is wearing a poncho. While not anyone can pull off that look, pretty much anyone could buy and wear a poncho. And basically anyone can go to see a movie. The love story with Andie MacDowell is probably the most realistic. He was ernest and persistent, and they looked fairly compatible, so enticing someone fall in love with you like that is not super far fetched.

Eating all the junk food in the morning, easy. Stepping in a puddle of slush, been there done that. Giving a speech that went better than expected, at the opening celebration of Punxsutawney Phil, is rare but does happen all the time, to someone. Having your travel plans delayed by a weather event? That’s super common, we’ve all been there.

As you can see Groundhog Day does have the bones of a true story, it’s just been piled high and deep with the blubber of humor, to make it easier to swallow. But peel the onion, and when you get down to the chewy caramel center, you find the bitter taste of reality, poking you like a bear would poke you, if he had a poking stick, and you were within poking distance, and he wanted to poke you.