Billionaires: Our Single Point of Failure

No human should have sole control of hundreds of billions of dollars with no checks or balances.
Wednesday, April 21, 2021

Phineas Gage was a railroad construction foreman in the mid-1800s who miraculously survived a blasting accident that drove an iron rod straight through his skull. Although he could still walk and speak, the brain damage changed him from someone known to be quiet and respectful into a person who was gross, profane, coarse, and vulgar. He was dismissed from his job and his friends said that “he was no longer Gage”. 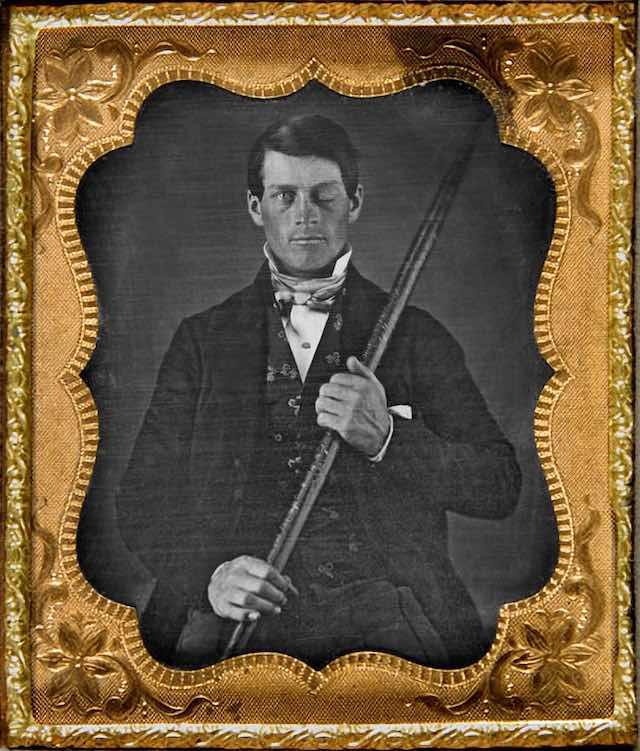 Boxers and football players generally don’t take iron rods through the skull, but they still suffer physical damage to their brains. When their head stops abruptly their brain can physically slam into the inside of their skull. Athletes who suffer from brain injuries can have mood, personality, and behavior changes. They can suffer from depression, anxiety, suicidal thoughts and uncontrolled aggression.

Charles Whitman was a former U.S. Marine sharpshooter who wrote in his 1966 suicide note that he had been a victim of many unusual and irrational thoughts. Shortly afterward he climbed to the observation floor of the University Tower in Austin and shot people at random for ninety-six minutes. He killed 14 people and wounded 31 others. During an autopsy, he was found to have a pecan-size brain tumor which according to an official report contributed to his inability to control his emotions and actions.

Even if the brain is not mechanically impacted, brain changes can arise from disease. The incidence of pathological gambling in patients with Parkinson’s is three times higher than in the general population. Pathological gambling in a non-gambler implies their behavior had been drastically altered. The popular medication Ambien, used by over 35 million Americans, has been linked to hallucinations, changes in behavior, memory problems, sleep-walking, and even sleep-driving. The brain can be altered by ongoing conditions such as anxiety, depression, bipolar, obsessive-compulsive disorder, post-traumatic stress, schizophrenia, and suicidal ideation.

In April 2021 Jeff Bezos’s net worth was $196 billion; if right now Bezos has an undetected glioblastoma or astrocytoma we simply do not know how his behavior and actions will change over time as the tumor grows. We don’t know and he doesn’t know. 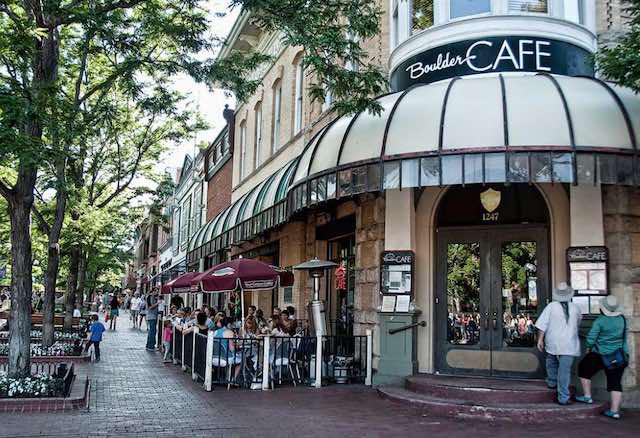 Boulder, Colorado has around 100,000 residents. Most cities have around 2.5 residents per dwelling. Using Zillow’s average home price for Boulder of $844,000 the total residential real estate value of Boulder is around $33 billion. For less than half of his current wealth, a tumor-suffering Bezos could pay 300% over the asking price for every single house or condo in Boulder and then direct an army of workers to burn them all to the ground. He could burn Boulder to the ground and have money left over.

The two most valuable sports franchises are the New York Yankees and the Dallas Cowboys, each worth around $5 billion. Bezos could buy not only these two iconic teams but also the next 48 most valuable sports franchises, combined, all of them. In the end, he would own twenty-seven NFL Football teams, seven European Soccer teams, seven Major League Baseball teams, and nine NBA basketball teams. This would use up only two-thirds of his wealth. Obviously the leagues would not allow this, but he has enough money.

Now you might think I’m going to suggest a wealth tax. I’m not. I believe Bezos should have access to every one of his $197 billion dollars. He earned it, he should keep it. What I’m suggesting instead is that while Jeffrey Preston Bezos is a man, the bulk of his $197 billion should be held by a corporation, a personal corporation that is 100% owned by Bezos.

Therefore, I propose the individual limit on the personal wealth of a United States citizen should be pegged at 10,000 times higher than the average income. This currently means a cap of $330 million, but it will rise over time. So Bezos can personally have an amount of money that would take an average person 10,000 years to earn. That’s a very generous amount of money. In addition, though, he’d still own the entire rest of the $197 billion, but he would own it through a personal corporation. Let’s call it Bezos, Inc.

For example, he could ask them to buy him a Manhatten condo for $75 million even if he only intends to use it once in a while. That is totally fine. However, if Bezos tries to buy a second $75 million condo for his pet monkey, in a fit of tumor-induced dysphoria, that request would be denied by the board of external directors and other stewards.

Once they denied the monkey-condo they would begin a wind-down procedure. A procedure that would gently and respectfully ratchet down Bezos’s decision-making authority until a suitable replacement structure could be established, in accordance with any succession plans he had previously filed. 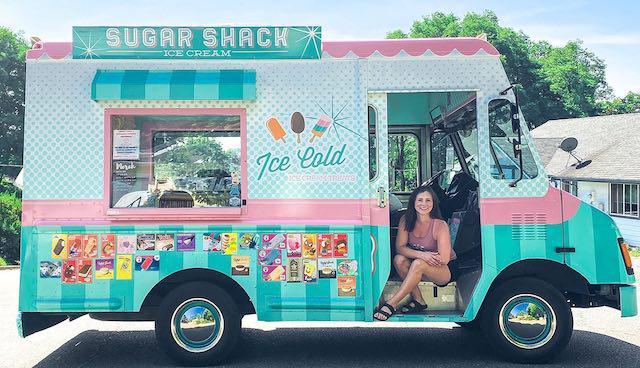 If Bezos wanted to fund a fleet of 10,000 ice cream trucks that would roam the streets giving out free ice cream, this would be allowed. Even if he insisted the drivers all wear Bezos Halloween masks. The board would certainly start discussing a possible wind-down, but giving away ice cream would not be considered an immediate showstopper. However, if Bezos hired fifty quant PhDs to start a new cryptocurrency that would pay average citizens $5000 for every tree they cut down in a city center, the board would immediately intervene.

If Bezos wants to buy a second $275 million mega-yacht to roam the Pacific while his first mega-yacht stays in the Atlantic, that’s fine. But if he wanted to procure a $15 billion Russian-built aircraft carrier with the intent of “blocking that damn canal for good” that would not be allowed.

An R&D laboratory to create an anti-gravity gel? Allowed, it’s a bad idea but harmless. However, an R&D effort to engineer a flesh-eating bacteria for the purpose of injecting it into school lunches? That would be denied and the Feds would be raiding his mega-yacht by morning. If they could determine which one he was on.

One objection to this is to say billionaires are smart, they will put in place their own checks and balances against erratic behaviors. I’m sure Bezos has already done this, he seems very reasonable for the most part.

However, are we sure every one of the 2,000+ billionaires out there has done just as thorough of a job? For example, how are Isaac Perlmutter’s safeguards? He made most of his $5.8 billion from Marvel comics. Maybe he’s got it covered, maybe he doesn’t. But we shouldn’t leave it up to him alone. Furthermore, many billionaires didn’t earn their fortune, they inherited it. There are six Waltons on the Forbes list and three are each worth over $60 billion. I’m sure they are fine people but do we trust them exactly as much as we trusted their father, the one who actually created and ran Walmart? How about all of their spouses? And their children, and their children’s children?

Everyone we are talking about here is human. Humans whose judgments and actions are products of their brains, brains that can change over time. Four billionaires on Forbe’s list are in their twenties. Their brains might have to remain unscathed for another 70 years. That’s a lot of time for something to go wrong.

Then there’s Elon Musk. I love him. I love the cars and the space stuff. I’m a big fan. But he’s not shown himself to be super super stable. If you are buying a Tesla today, it’s not entirely out of the question a few pennies of that will be used by Elon ten years from now when he’s punch-drunk from an underground boxing league. After a bender, he decides to attend a White Supremacist rally where he hands out envelopes with $10,000 cash in each one, just to see what happens. And then he repeats similar stunts for years and years, with no one to stop him.

There has to be a limit on personal wealth. The amount of money in your checking account. The amount of money you can withdraw in small bills. If the limit is not $330 million then make it $3 billion or $30 billion. But if there is simply no limit we will have a trillionaire in a few decades, then someone worth tens of trillions of dollars. That is totally insane.

I’m not proposing any new taxes here. I’m not proposing we take away even a single dollar. I’m simply saying let’s treat billionaires for what they are; at their scale they are corporations. No one person should have $197 billion free and clear with no oversight and no transparency.

In my opinion, Bezo’s most genius move was launching Amazon Web Services, I think in the very long term this endeavor will earn far more money than his retail business. One of AWS’s foundational products is S3, an unlimited cloud storage system that is super-reliable. The AWS website explains the reliability like this: If you store 10,000,000 objects with Amazon S3, you can on average expect to incur a loss of a single object once every 10,000 years. One loss every 10,000 years! They provide this reliability with carefully engineered redundancy. If you snuck into an AWS datacenter and started hacking at computers with an ax, no data would be lost.

Contrast this with our current architecture of wealth in America; an architecture such that each billionaire’s 1.4-kilogram lump of brain tissue is their single point of failure. Where one unfortunate diagnosis, car crash, or tumble down the stairs might cascade into chaos and misery for thousands of people. Let the billionaires keep their money, but let’s engineer a network of trust and monitoring and a culture of transparency, so that if it ever becomes necessary to intervene, we have a place to stand.

It’s their money, but it’s our country and our planet. We need to balance everyone’s interests mindfully and purposely and not just let the chips fall where they may.