YouTube 3Blue1Brown talks about teaching math and his father’s sugarcube games that got him started.
Saturday, March 14, 2020

The wonderful YouTuber 3Blue1Brown creates lavishly illustrated videos about Math, check out his recent one on exponentials and the spread of the coronavirus. In this self-administered interview he speaks eloquently on how to get kids interested in math, or anything else:

“Let’s say you really like coffee, and someone comes to you and says I hate coffee, but you like it a lot and you’re like this snob and you really want to turn them on to it. The way to do it is not to try and find the world’s best cup of coffee and then give it to them, because no matter what, it’s going to taste like dirt to them.

“Instead if you want to turn someone on to it, well you have a couple options. One of them might be to “breed necessity” and from there maybe get an addiction. Let’s say it some sort of student and they need to stay up all night and finish some kind of paper, you know so they begrudgingly have to take some sort of caffeine, and after that a kind of culinary Stockholm Syndrome kicks in and through the addiction they come to kind of like the substance. 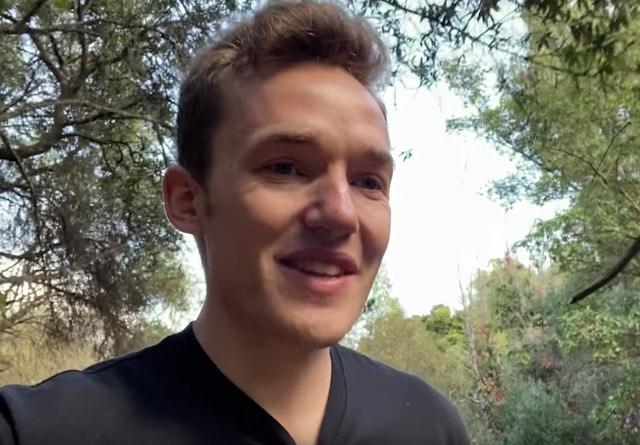 “That’s not the greatest, but that’s a way to do it. The analog to the world of Math might be trying to find something where Math is the drug necessary for someone to accomplish what they want to. You know maybe they are really into video games, so they want to make their own video game, and often in writing the software for that you have to use geometry, trigonometry, maybe bits of calculus, it kind of depends on the game that you are building. So you breed the necessity.

“In either case I think the key is to try and just build up familiarity, just be exposed to math, in a lot of different contexts, and importantly for it to never be traumatic when that happens. I think the reason a lot of people say that they “hate math” is because their only exposure to it is tightly linked to sense of failure. It’s a hard subject, but importantly it’s a very cumulative subject, so if you miss one little part, it looks like you are failing in all of the later parts, even if you would have been good at those other parts without that missing link.

“So instead if the Math comes about in some less judgmental context, something where there’s no grading, maybe just playing with puzzles with friends, or it’s writing that bit of software for the video game, or whatever is where you’re gaining exposure without that trauma. I think after enough time you’re just going to like the subject.

“Because I think if we are all really honest with ourselves, and we think back on why we like the things we like, it’s often because someone in our life liked it. The time we were spending with them brought use to spending time with that thing, and then it just stuck with us.”

Later when asked about making a child interested in math he said:

“When I look back at my own childhood there’s definitely a lot of influence from a very attentive thoughtful father in that respect. I remember these games where he would stack these sugar cubes in interesting geometric arrangements, and I would be asked to count how many there are.

“You couldn’t just straight up count because some of them were hidden in certain ways, so you are effectively cubing numbers or something like that. And of course if I got it right then I’d get one of the cubes as some sort of Pavlovian reward.

“If you look at the success of someone like Feynman, when it comes to problem solving … I think it’s just that as a parent you’re showing a lot of attention towards something, you’re signaling to the kids that that something is important and it’s worth thinking about. So all of the signaling that came from young Richard Feynman’s dad, showing this deep attentiveness to questions about the physical world and about mathematical patterns, probably made it such that young Richard would spend a lot of his own time thinking about those things, because they just pattern match off of their parents.

“Another thing I might say is try to draw a distinction between school Math and Math. They can just be very separate things, and kind of separating the brand of those two can’t hurt.

This is just a small portion of what he said, watch the full interview below or on YouTube: