Our consciousness can be located outside our body.
Saturday, January 18, 2020

I was supposed to run a five-mile race this morning, but it snowed overnight and it was starting to get icy. I didn’t want to run with my bad knee and risk a fall. My wife is much braver than I and she ran the whole thing and did quite well.

The race was located at a country club, they kindly let several hundred runners tromp around their indoor space as well as use the grounds. I didn’t want to walk the course in my jeans and hiking boots, for fear they would think I was part of the race, but just taking my sweet time. 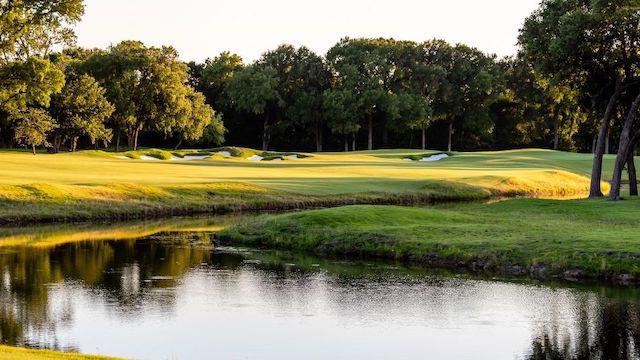 So instead of walking the racecourse I turned sharply left head headed onto the golf course. I walked straight down the center of the snowy fairways and right onto the greens. Probably violating a number of club rules.

I was listening to Sam Harris interview Richard Lang on my phone. I didn’t have headphones so I just held the phone in my hands, below my chin, switching arms whenever I got tired.

Richard Lang runs the Shollond Trust, a UK charity that promotes “the headless way” which is a “way of seeing” popularized by Douglas Harding. Harding wrote a somewhat famous book called On Having No Head in 1961, which prompted C. S. Lewis to write “England is disgraced if this book doesn’t get published”.

The book contains instructions and exercises for how to dispel, at least for a moment, the “illusion” of self. Seeing through this “illusion” lies at the heart of Zen and other Eastern meditative traditions. It’s a realization people have been pursuing and marveling and lionizing for 3,000 years.

Harding’s method was modern, he used plain language and original analogies. He taught his method for decades, in person and through books.

His approach reminded me of something I had heard before. Meditators sometimes experience that their consciousness has been temporarily relocated to somewhere outside their body. That might sound fantastical, but I’m going to make the case that it’s actually commonplace.

Harding’s “headless way” is very related to the experience of the meditator listening to the bird. The term “headless” refers to his marquee observation that you can’t usually see your own head while looking out of your own eyes.

My attention started to drift away from the podcast, it drifted far and wide. I started thinking about drones. One of the main commercial functions of drones today is shooting aerial footage. If you look on YouTube there are tons of gorgeous swooning aerial views of every sort of human activity or picturesque location.

Imagine a high school band wants a cool picture or video. They might ask a parent or local photographer with a drone to film them. One Saturday morning the band will squeeze into full dress uniform and stand on the football field while the photographer flies the drone and takes still pictures and video.

The drone pilot is on the ground holding the drone’s controller which has a screen on it. He pokes at some small joysticks or a touch screen to move the drone around for half an hour or so, taking footage, then he dismisses the band who will pile into cars and head out for pancakes.

Piloting a drone these days is much easier than it sounds. The drone can keep itself dead still in mid-air, it only moves if you tell it to move. This stability is due to a tight feedback loop between the drone’s inertial sensors, microcontrollers, and its spinning motors.

Without this active stabilization, the drone would instantly tumble out of control and plummet to the ground, probably injuring several promising band members.

So one Saturday morning the photographer-cum-pilot is standing there with his controller looking at the screen, while the screen shows the view from the drone looking down on the marching band.

He carefully nudges the control sticks while looking at the screen, artfully creating the pictures and video that he hopes will dazzle the band member’s parents into ponying up a few bucks each.

Now thinking back to the meditator listening to the chirping bird, the obvious question is where is the consciousness of the drone pilot? I assert his consciousness is flitting between multiple locations. Yes, it’s sometimes on the ground, where his body is, but some of the time it’s located up in the sky with the drone.

While deeply and intensely staring at the screen, while expertly maneuvering the drone, while focusing solely on capturing the fabulous dramatic views of the band, I claim the locus of his consciousness is temporarily and involuntarily relocated to where the drone is and I claim he most likely is unaware of this shift.

If he really gets ambitious during the shoot and starts barking orders to the marching band director about where the students should stand, if he insists the tuba players be moved so they are no longer blocking some of the piccolo kids, the location of his consciousness might change again, he might become the whole sordid scene: drone, band and all.

When Douglas Harding wrote about his “headless way” in 1961 there were no drones and there were no video games. Today in 2020, we are drowning in video games. The younger set is particularly underwater and in some ways, they are being raised by video games and tablets, and phones.

My son Toby, twelve years old, spends hours a day immersed in computer games. They give him the ability to effortlessly move his point of view around in a complex three-dimensional space, much like controlling a drone. He’s operated in this mode for literally thousands of hours of his life and it has become second nature to him.

One of his favorite games is Minecraft, which has sold 176 million copies since it came out in 2009. Minecraft is a “low res” game, intentionally retro looking, but it nonetheless lets you smoothly navigate an almost limitless three-dimensional landscape.

When we tell Toby he is only allowed to play for two hours a day, and when we buy a digital clock from Amazon with large numbers and place it next to his laptop, and when he is still there glued to the computer four hours later, since we forgot about him, and he has failed to drink or eat or go to the bathroom, much less look at the clock, one has to ask, in all seriousness, where is his mind?

As I drove home from the race I was thinking I’m here, sitting in a heated seat, with my hands on this leather-wrapped wheel. When I come down a steep hill and I’m approaching a stop sign do I think “the car needs to slow down, and in order to slow down the car I’m going to put my foot on the brake” or do I simply think “I need to slow down”? If the conditions are icy you can imagine me saying it softly out loud, “I need to slow down”.

When we are in a darkened theater watching a good movie, and the seats and the walls and the screen fade away, and we are enmeshed in the story, and we cry because one of the characters is sacrificing their life for a noble cause, where are we?

When we curl up reading a good book, for hours at a time, and we see the characters and places but not the pages or the words, where are we? When we are sitting on the subway, barely aware there are 50 people huddles nearby, scrolling through someone else’s vacation photos on our phone, where are we?

If people are constantly changing the location of their consciousness why was what Douglas Harding taught so novel and why did some people flock to learn it from him? Why do people spend thousands of hours meditating, going on retreats, and traveling to India to meet gurus?

The meditation gurus have been studying this phenomenon for three thousand years, but in the last thirty years, there’s been an explosion in technology’s ability to yank our consciousness from us.

There’s nothing wrong with getting lost in good content. I can imagine a distant ancestor staring at a cave painting, reminiscing about last year’s hunt. The problem is that the cave paintings of today are being created by trillion-dollar companies.

I ease away from Country Club Lane and crest a hill. If the ice overcomes the traction of the car and I’m sliding again do I think “I’m sliding down the hill”?

No, because there are two of us in the car, so I think “we are sliding down the hill”. In that moment am I the driver, or am I the car, or am I the passenger? Or am I all of them?

Humans are sliding down an icy hill right now, we are all in the same car, and we cannot seem to agree that we are sliding, much less start pushing on the brakes, which may or may not even do anything.

Well, you’ll be glad to know we eased our way down the hill, no incidents, and headed off to get pancakes with the band.