So far this year I’ve lost 17 pounds towards my goal of losing 20 pounds in the year 2020. While it’s too early to declare victory, here are two visual aids I’ve been using to keep my mindset on track. 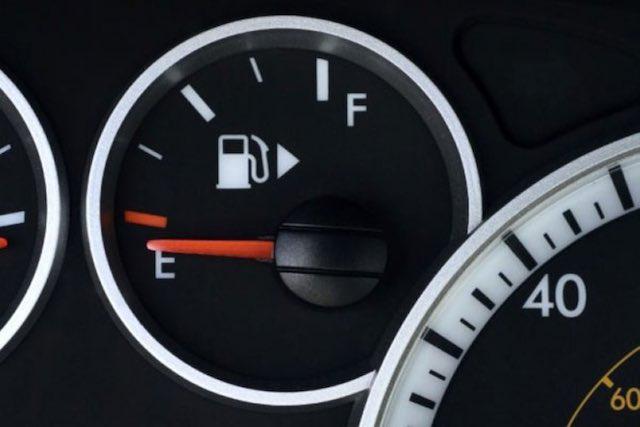 The first is very practical and accurate, the second is a bit weird. The first visual is a car’s fuel gauge. If the car runs out of gas, you are totally screwed. You might be stuck on the side of a mountain road, at night, in a snowstorm. You might get hit by a truck just because you ran out of gas. You don’t want your car to run out of fuel, and you personally don’t want to run out of food energy. You will get headaches, you will get dizzy, you might stumble off a curb and get hit by a truck, maybe even the same truck. However, and this is important, you almost never need to be full.

In America there are gas stations every 10 miles, far more in some places. There’s just no reason to have a belly full of food, since almost every gas station these days has more calories than a small country had a thousand years ago. If you really get hungry, have a snack, order a pizza, grab an apple, drink a Coolatta, it’s not a big deal. So have three meals a day, but keep your tank about half full, less snacks, no dessert, more water, less second helpings.

The second visual is if you are “hungry” and tempted to eat an unhealthy snack or dessert, or tempted to have a third or fourth piece of pizza, or ice cream, or a bowl of cereal late at night, imagine this, imagine you are at a table and sitting across from you is one of your ancestors from 10,000 years ago.

You could start with something like, “Og, while it’s true that six days is a long time, I don’t think you’re fully appreciating the stress that I’m under at work…” and then THUMP, Og smashes your head into the table right before he grabs the snack and divides it among his five children. Don’t piss off Og, let him have the bowl of cheetos, because if Og dies you die, because he’s your direct ancestor, and if he doesn’t make it through the winter, you were never born.