What kind of game could you create based on Inception?
Monday, July 26, 2010

Inception is an ambitious and brilliant film. But it starts badly. A very stiff and cliched setup motivates our hero to “do just one last job”. Please. Thankfully the final 2/3 is so spectacular and so well executed it completely erases your memory of the first 1/3.

The director Christopher Nolan is ridiculously ambitious. A dream within a dream would have been something. But like nesting dolls he keeps packing one timeline inside another and pulls it off with tremendous visual style. 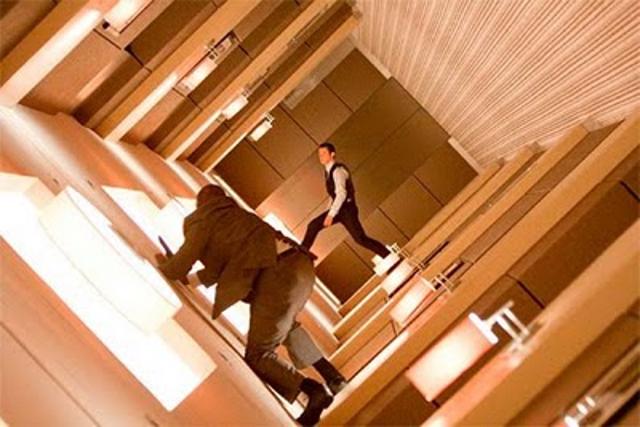 Inception is the latest “virtual reality” movie. In these films the characters spend a significant amount of screen time completely immobilized, lying in a bed or chair with beeping equipment nearby. Meanwhile their minds are engaged piloting avatars in a virtual world of some kind.

Although the purported technology of each of these is a different, they are in effect all illustrations of what a conventional computer-based Virtual Reality system might be like. With a sufficiently advanced brain-computer interface the computer could synthesize any world, realistic or surreal. 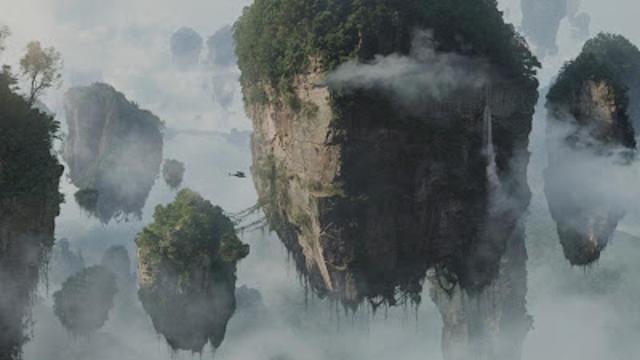 What types of virtual realities will people want to experience? Prurient activities are a given. But the games and movies of today are probably not a bad indication of our interests. We’ll see similar plots and activities extended into fully realized 3D worlds. There will be lots of guns.

Inception depicts what could be a pretty good structure for a virtual reality game. Forget the chore of performing inception itself and consider just navigating the multiple timelines, getting from one level to the next.

Suppose this happens on a Playstation 9 console. Your friends all connect to the machine and enter the first virtual world. Say you start in a hotel. This level is simple. You just need to rendezvous with everyone on your team without creating a scene. You find a quiet room and setup your virtual Playstation. If you didn’t generate any suspicion no one should come looking for you, and you should have time on the next level. You descend into a completely different scenario below.

Each level gets progressively harder. As in the movie 5 minutes of undisturbed time on one level buys you 60 minutes on the next. You can’t leave anyone behind, because there is no way to “speed up” our brains as in the movie. But you can have arbitrarily many levels going at once with your characters suspended in each previous level. The previous worlds will still be running. If someone does discover your immobilized avatars in the game, it instantly brings you back to that level, you have to evade them and start over from there.

So the challenge is to have your avatars safely plugged-in on every level at once enabling you to reach the final level. There is no reason to stop at 3 or 4 as in the movie. A hard game might be 12 levels or 30 levels or something extreme.

It would be both a puzzle and an action game. On some levels there is a trick to discover, a way to make a distraction or a secret location to find. In other cases maybe you have fight it out. The clock is always ticking, if you run out of time on the level above, the game is over.

Unlike the movie there is no need for existential crisis. You know you are in a virtual world because at any time you can bring up an in-game menu, and chose ‘exit’ if you wish. And perhaps for fun the way to bring up the menu is by spinning a totem in the game world.