What is at stake when you play a videogame?
Wednesday, December 30, 2015

Below are two depictions of Kobe Bryant. On the left is how he appeared in his first game NBA Live 97, on the right is how he looked 20 years later in NBA 2K16: 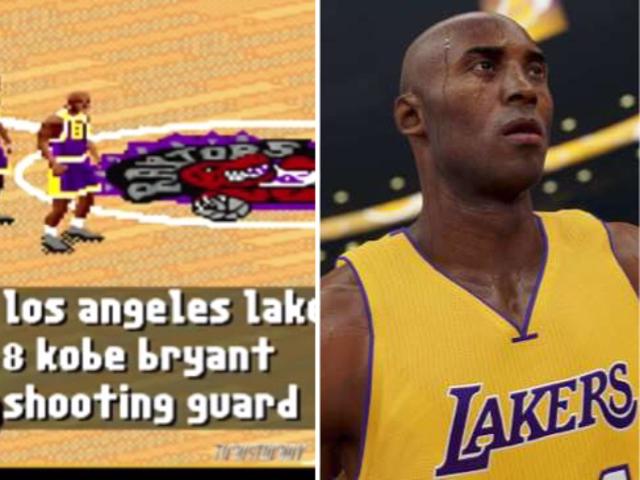 Modern games produce amazing stills but watching them in action you realize there is still room for improvement. Certainly the interactivity is pretty simplistic. What you are physically doing as a player.

I have not played NBA 2K16 so I’m guessing, but my sense is there is a lot of “hit X at the right time to shoot or hold Y to dunk”. Something like that. Which is obviously light years away from what it physically feels like to actually play basketball. To move your arms and legs. Much less to be Kobe Bryant playing basketball, which must be transcedent.

This is of course is how it has to be. Obviously if you were physically required to have the kinesthetic skills of a pro player almost no one could play the videogame. Still it seems like something is lacking. The graphics have come an impossibly long way but we are still just pressing X and Y.

I don’t play a lot of games anymore and a big reason is it feels like nothing is at stake. I don’t stand to really gain anything by winning and I don’t really care when I die.

Some games have played with the idea of permadeath where you up the stakes by kicking the player off the game permanently if they die. That’s a creative idea I love that people are trying it. However since there are 1,000 other games to play is it such a huge loss to get kicked out of one? 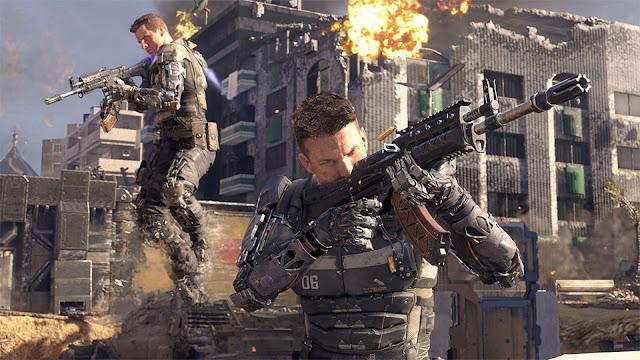 These fighting games with their elaborate military-style graphics are actually just a fancy version of playing tag on the playground. It’s nothing like actually fighting. In the game it shows your head was blown off but you just hit X to continue. Again I suppose it has to be that way. No one wants to experience the horrors of war from their couch.

However I think this implies something very important, that no virtual environment, no matter how realistic, will ever feel real. Let that sink in. Especially if you work at a VR company.

The best the player can do is purposely suspend disbelief and “get into the game” just like you get into a sport. But ultimately you will always know it’s fake.

Some decent fraction of people who watch horror movies are legitimately scared. These people I think will enjoy VR more than others. I myself can be entertained by a horror movie, but I can’t remember ever feeling scared for my safety due to on screen action. And I’m glad of that.

At my house Santa gave us Rock Band 4 for the Xbox One for Christmas. It’s been fun. I worked on the original Guitar Hero game and this is at least the sixth incarnation of the same basic “hit the notes” idea. I swear looking at Rock Band 4 it’s still a lot of the same code. And why shouldn’t it be?

We captured the core experience with that first game. And it’s a super compelling experience. I still love playing it. But layering on bells and whistles would not measurably improve on that core experience.

When I was very young I remember waiting at a friend’s house for the chance to play Atari 2600 games. Only one friend had the machine so we’d all sit around waiting for our turn.

I remember playing Missile Command, Space Invaders, PacMan and Defender. It was amazing and formative. I remember sitting at home daydreaming about the look of the pixels on the TV screen. I particularly remember the over-saturated orange of the space invader shield. I was counting the hours until I could go over there and play some more. 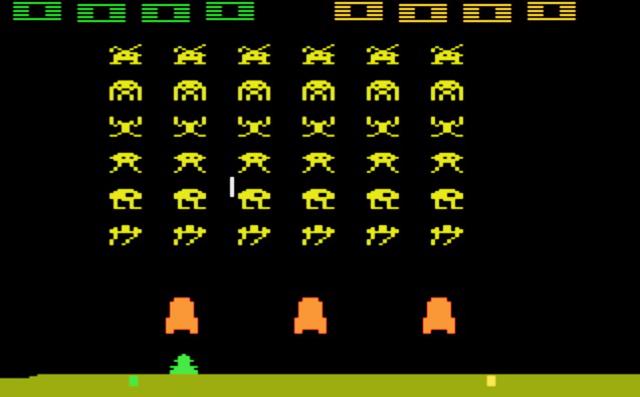 Today my son is eight and plays games which are thirty years more advanced. They are millions of times more sophisticated in some ways. Yet I strongly believe his peak experience is not measurably better. Once you’ve maxed out rapture in a little boy’s brain you’ve maxed it out. I don’t think his joyful exuberance and infatuation are really any stronger than mine was.

We are on a collective hedonic treadmill. We spend billions of dollars improve games year to year, but in many ways we are staying in the exact the same place. 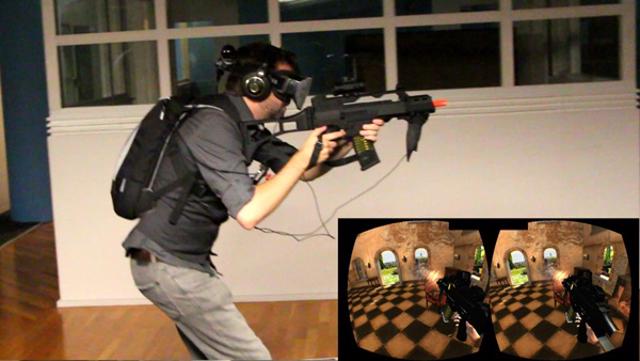 I don’t think this is depressing. Games are better today. They can tell more involved stories and generate more complex experiences. However the saving grace is games aren’t just about the experience with the game. Games are about bringing us together. Certainly Rock Band 4 accomplishes that goal. Today we played a set with my daughter singing, my son on drums, and me playing guitar. It was amazing.

When Mark Zuckerberg bought Oculus one of the first examples he gave for VR was friends virtually meeting at center court to watch a basketball game. A real basketball game, not a video game.

I haven’t heard Facebook talk about “basketball spectator VR” since the Oculus purchase. So far the focus seems to be more about shooting zombies.

I think the potential of games to bring people together is unbounded. It might seem like a questionable parallel to draw, but I think games can serve the same roles which alcohol does, both are social lubricants.

This hints to a dark side. Yes we are going to lose people who end up drinking alone in their basement, playing games to a degree that derails their life. However the magic happens, the real value is created, when we use games and alcohol to catalyze real world relationships. Bottoms up.

The new post would say “pressing X” is in fact a totally sufficient control system. The player is conscious only of the game, not the controller. This isn’t something the play has to force, it’s an automatic result of getting into the game. The player truly is Kobe in those moments, and this explains why sports games are insanely popular. I didn’t appreciate that at the time.