Your Career in Simulation

Your next career might take place entirely in simulation.
Thursday, March 18, 2021

Two thousand companies and three hundred billion dollars of market cap. These are the staggering outputs of startup incubator Y Combinator since it launched in 2005.

For five years Sam Alman was president of Y Combinator, but he left in 2019 to become the CEO of OpenAI. From the former Pioneer Trunk Factory building in the Mission District, OpenAI has been on a tear releasing one record-breaking AI system after the next, including the famous GPT-3 language model last June.

With one foot in startups and the other in AI, Altman has an interesting vantage point from which to make predictions. In his essay, Moore’s Law for Everything, Altman speculates that AIs will drastically accelerate the worsening wealth inequality in this country and beyond.

To stave this off he proposes something called the American Equity Fund which will channel the machine-driven corporate bounty into a Universal Basic Income for every American adult.

He would populate this fund two ways. First, by having companies contribute 2.5% of their market value every year in shares, not in cash. Second, with a new steep federal tax on land. Altman interestingly argues that land is one of the few things that AIs cannot devalue since there is a fixed supply.

Altman says that increasingly AIs will do all the work, but with his system, we will all get some of the gains. What he doesn’t address, which is what interests me here, is what will people do with all their free time if the machines are doing all the work?

Enter the Virtual Air Traffic Simulation Network (VATSIM). This is an organization with over 100,000 active members who perform as air traffic controllers for pilots who are flying simulated airplanes. The pilots can join virtual airlines, such as United Virtual, and their flights take place in real-time. So a five-hour flight takes the pilot five hours to complete. 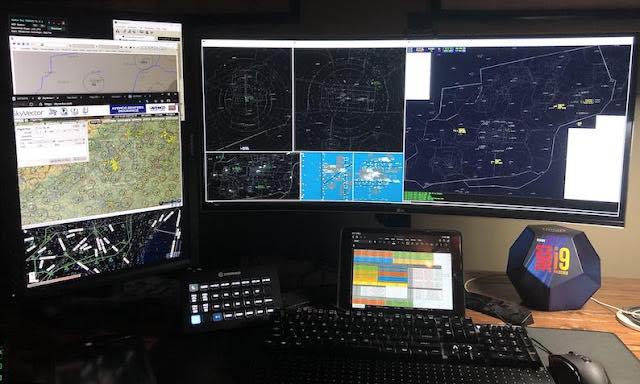 The air traffic controller at a busy virtual airport might be juggling dozens of planes, using special controller software while talking to each virtual pilot by voice. It can get really intense. You could call it a game, but if so it’s a game where the objective is simply to behave exactly as if it’s not a game, as if it were real.

The interesting thing though is what happens in Altman’s future when AIs take over the jobs of flying the real planes and talking to those planes from the ground? I strongly suspect VATSIM will continue on as it is today.

So what will people do when the AIs are doing all the real work? For many people work provides more than an income, it provides meaning and purpose. It provides a reason to get out of bed in the morning. It provides a medium for connecting to other people, for talking about the world and your life.

I strongly suspect not everyone will be satisfied with watching streaming television all day or playing on social networks like TikTok. I suspect many people will be drawn to VATSIM-type networks where they will work in simulations, even if there is no money in it. And VATSIM is just scratching the surface.

Imagine if you could be a detective in the 1950s, or advertising executive in the 1960s, or a real-estate mogul in the 1980s. But these are not games, they are not designed just to entertain you. They are jobs, they will require many hours of actual work. And you have to conduct yourself by the rules of the simulation or you will be kicked out, relegated to some less-reputable and less-fun simulation.

Instead, you need to work your way up. Do your job, play the role, be a good participant. Think of a festival like Burning Man. You are not supposed to show up and gawk. Yes, you are watching the show, but you are also putting on the show, at the same time. 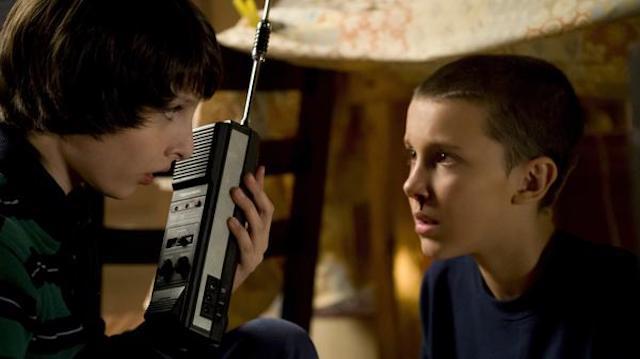 One reason The Queen’s Gambit and Stranger Things are set in other decades is that it’s much easier to tell those stories without the inconvenience of modern technology. If the Stranger Things kids had cell phones to text each other with, or if Beth Harmon logged into an internet chess server to practice, it would ruin those stories.

When AIs and robots meet everyone’s desires in the real world, people are going to crave living in the past, when you had to do things and talk to people.

Every decade of America’s history and every century of the world has its own quirks and features based on the technology at that time.  We know from movies and TV that set designers can create amazing recreations of any point in the past, the AIs will do this even better, and we’ll enjoy simply inhabiting these places, beyond even our actual tasks.

And this is not a video game, you are not the star, aliens are not going to attack. This will be real. You are one among many, playing your part. Making connections with real people who are playing their part. Kind of like in regular life.

So the future might be very much like The Matrix. Except that you’ll know you are in a simulation. And you can change the channel anytime you want.