It’s past midnight in America, do not autoplay the presidency.
Monday, September 21, 2020

I’ve been escaping the COVID and election news cycles the same way many people have, by watching copious amounts of streaming television. I typically like to watch lighter fare, shows that remind me of better times, such as the dystopian alternate history show The Man in the High Castle, where there is no hint of a pandemic. 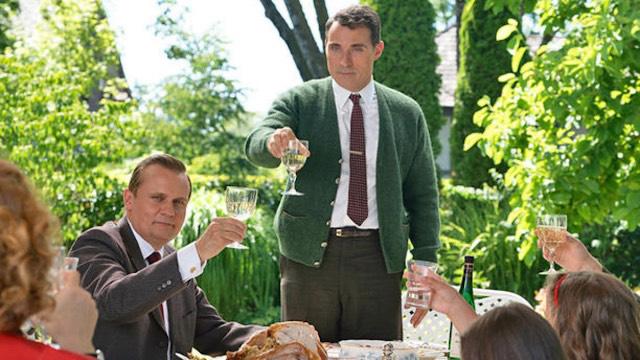 As I finished my second episode yesterday, it was twenty minutes after midnight. My remote control had evidently fallen in the cracks between the cushions of my couch, and before I could locate it the next episode auto-played. I was immediately sucked into the intriguing narrative and I ended up watching two more episodes. I went to bed around 2:30 a.m.

Netflix added the behavior to automatically play the next episode by default in 2016, when their revenue was already over seven billion dollars a year. Autoplay boosted their numbers by enticing customers into watching more hours of TV. While the viewer is technically free to turn off the screen at any time, the company’s carefully designed choice architecture strongly nudges people into watching just one more episode.

These corporations prioritize growth over the well-being of their customers because their primary obligation is increasing shareholder value. Despite the fact that many of the people running those companies presumably have families and children, and despite that fact that many of them are surely compassionate people, the company is structurally designed to produce growth at all costs, so that is what the company does.

It might surprise you to learn that the United States is not run by soulless profit seeking corporations. We still live in a democracy, but the problem is not everyone participates fully in the democratic process. Those who don’t participate are essentially turning on presidential autoplay; their next leader will be thrust upon them instead of chosen.

Based on Trump’s improbable incumbency, if enough citizens leave autoplay on, Trump will be our president for another four years. Imagine you are at a restaurant, and you’ve just had a four-year-long meal featuring an unending stream of chaos and hostility. The art on the walls has been torn, there’s smoke billowing out of the kitchen, a number of patrons and staff lie dead on the floor.

Wheeling through this scene of destruction comes the waiter with a dessert cart. Before you can say anything, he picks up one of the desserts and stuffs it into your mouth. If enough people do not vote in November, that is what’s going to happen, the nightmare meal will continue for four more years, maybe longer.

We’ve been stumbling through a brutal year of crises with no end in sight. Leading us is a man-child whose motives are completely unaligned with our current and future needs, and whose temperament would make it difficult for him to successfully manage a Taco Bell. We need to turn autoplay off, we need to vote.

It’s past midnight in America. If we do nothing, we will be watching Trump all night long. We don’t have time for this, we have to go to work in the morning, we have to get up early and start picking through the rubble. This November we need to flip over the dessert cart and storm right out of the restaurant. The country is not a corporation, the country is a democracy, and we need to vote to keep it that way.