Reminiscing the changes a family goes through from the point of view of their driveway.
Monday, May 17, 2021

A few weeks ago we had our driveway repaved. Our house is eighteen years old and it was well past time. The company did a meticulous job, but last week while doing yard work I spotted a piece of our old driveway under a holly tree near the garage.

The chunk was triangular, about one foot across on the longest side and four inches thick. It was lightly colored compared to the new tar-black driveway shining in the afternoon sun.

I began to wonder, what would the old driveway say about its tenure. It might recall that fourteen years ago the couple first drove up the driveway and parked at the top. Even before entering the house, the wife exclaimed this is what she imagined moving to the country would be like. They both marveled at the apple trees blossoming in the orchard on the next hill. 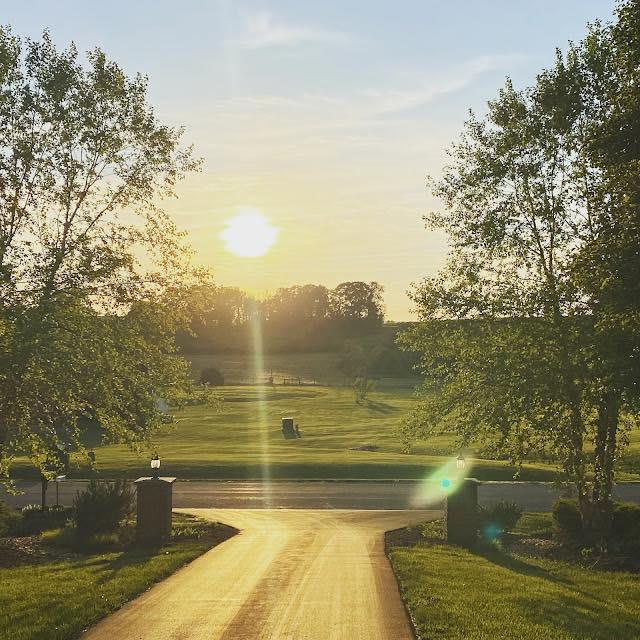 The driveway would remember the couple moved in with their small daughter, and there were strollers and push-toys and family walks. A year later a son appeared, more strollers then scooters. A toy battery-powered Jeep with hard plastic wheels that made a terrifying rattling sound.

Next, there were bikes, first with four wheels and then two. Sometimes the rhythmic pounding of pogo sticks or jump ropes. Roller skates. In the warmer months, it was soapy and wet during car washes by day then colorfully decorated with intricate chalk drawings in the evening. Always there were cars and carpools and delivery vehicles.

Then one early spring everything changed. The family stayed home and rarely drove anywhere. There were no more trips for school or sports. The delivery vehicles, however, intensified. A fifth resident appeared bearing four furry legs. She was militant about early morning walks. Sometimes mid-day and evening walks as well.

It took almost a year before things started to return to normal. The driveway, however, had seen better days. The cracks had been accumulating, whole sections were sinking. Sun, snow, ice, and time had taken their toll. Grass and weeds grew through the cracks in the summer months. I held on as long as I could, it would say, with a low sigh.

The old driveway would address the new driveway. Take care of this family. Watch over the new teenage drivers. Expect more late-night comings and goings. Make sure they get to school and sports and friends. But realize it won’t last forever. The daughter will leave for college and then the son. It will be back to three residents, as it was in the beginning, taking a family walk, the furry one leading the way.